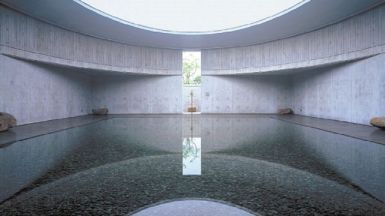 The architect of the elements

In this film, he revisits the places he cherished, more specifically the thoughtful and sensitive architectural works he designed.

His original and innovative approach has been revealed in the design of ensembles and by a meticulous choice of materials. Favouring wood, stone and metal, he has revived the tradition of harmony with nature for a more humane architecture. 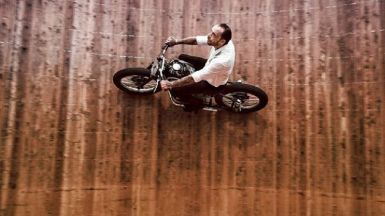 Defying the laws of gravity

The motodrome, nicknamed the Wall of Death, is a large circular merry-go-round. Vintage motorbikes ride on its vertical walls, defying the laws of gravity with lightness.

German stuntman Donald Ganlsmeier has been revamping this funfair attraction from the last century.

This film tells the story of how Donald and his team revive this practice and how they embark on a new challenge of mechanical acrobatics with the creation of a special number with 4 bikes. 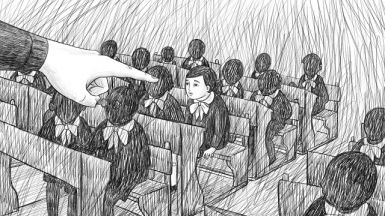 The Jews of Italy

Eighty years ago, Italy didn’t have a tradition of anti-Semitism but the fascist propaganda nudged it into accepting the mistreatment of a minority which had been living in the country for centuries.

This film shed a new light on this dramatic period when, for the first time, mass media played a major role in one of the most tragic racial persecution in the history of humankind. 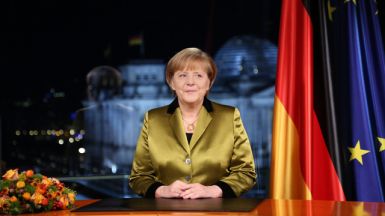 The world's most powerful woman

Angela Merkel is often described as the new Iron Lady and referred to as “mother”. But who is this woman? What are the facts behind her story?

Interviews with childhood friends, long time companions, business executives and global political leaders reveal how the East German daughter of a protestant pastor worked her way up to become the most powerful woman on the planet.

Her modesty combined with strong will and strategic approach left many to underestimate Angela Merkel and thus paving the way for her rise to power. 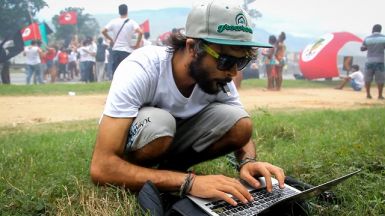 This is a gripping account of how governments control and manipulate the internet in order to censor and monitor their citizens.

As this battle for control of cyberspace is waged, our ideas of citizenship, privacy and democracy are being challenged to the very core. 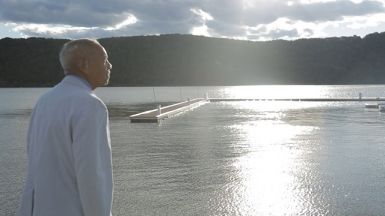 A paradoxical chapter in American history

At the end of World War II, African-American GIs were stationed in Germany as part of a policy to help rid the country of racism and oppression.

That was pretty ironic since strict segregation prevailed in their own country, even in the US army.

Seen by the German people as representatives of a victorious power, these African-American GIs found themselves in a foreign country experiencing for the first time what it feels like to be treated as equals. 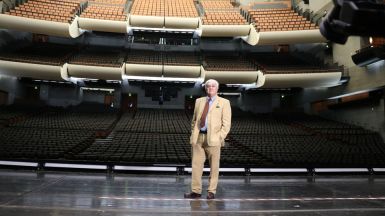 A clash of egos

In 1982, the newly elected French president Francois Mitterrand decides that an ultra-modern opera house will be built on the Bastille Place, symbol of the Revolution.

In a blind competition, 750 hopeful firms send designs. Word leaks out in advance that the winner will be prominent American architect Richard Meier.

During the formal announcement, the Minister of Culture stutters an unexpected name: Carlos Ott from Canada. No one has heard of him and he certainly is not Richard Meier. What happened?

François Mitterrand looks thrilled, but not so much his sworn enemy and Mayor of Paris, Jacques Chirac, who will do everything he can to stop the construction of the Bastille Opera.

Swiss-born photographer Robert Frank is notorious for having revolutionized photography and independent film. His portraits are snapshots that capture the moment whether they depict the lives of London bankers, Welsh miners or rock stars like the Stones.

He opens up in front of the camera of his long-standing collaborator, Laura Israel and looks back, self-confidently but also self-deprecatingly, at his life and work.

The film shows us an artist in action; the witness of an era which remembers Jack Kerouac and Allen Ginsberg with whom he made films that defined the Beat generation. 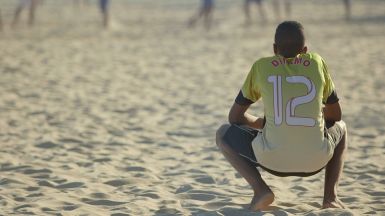 The misdeeds of a sprawling financial empire

After a series of FBI arrests, FIFA has emerged as a totally corrupt organization in the eyes of the world. Rigged elections, World Cup competitions bought, bribes, arrests… The news of recent months has brought the world football’s leading body to the ground.

At a moment when the organization is rocked almost every day by a host of intrigues and scandals, this film reveals how a small, non-profit association founded in 1904 was able to transform itself over the years into a sprawling financial empire with worldwide power.

From Paris, to Washington, Rio de Janeiro, Yaoundé, Zurich and London, this investigation reveals the hidden face of the institution of world football: a corrupt multinational which, over the years, has turned over billions of dollars. 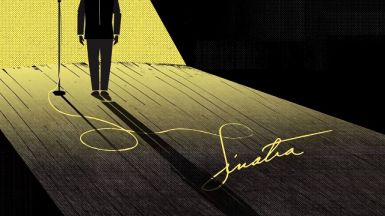 FRANK SINATRA: THE VOICE OF AMERICA [90’]

The man behind the winning smile

This film takes us behind the scenes to tell the story of the man known as "the Voice". What kind of person was Francis Albert Sinatra and what were the keys to his success?

We meet the man behind the winning smile and show why Sinatra became a big star, an icon and to many a hero, even though he was suffering many traumas, that influenced an entire era.

Also available as a 52mns 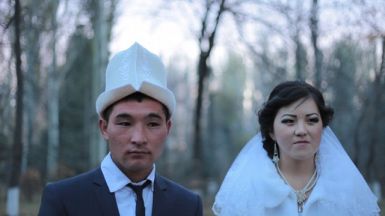 Since Kyrgyzstan gained its independence in 1991, there has been a revival of the ancient practice of Ala-Kachuu, which translates roughly as "grab and run".

More than half Kyrgyz women get married after being kidnapped by the men who become their husbands. Some escape after having endured violent ordeals, but most yield to tradition and fear of scandal. Although the practice is said to have its root in nomadic customs, it remains at odds with modern Kyrgyzstan.

Even if Ala-Kachuu has been outlawed during the Soviet era and is still illegal nowadays, the law is rarely enforced. 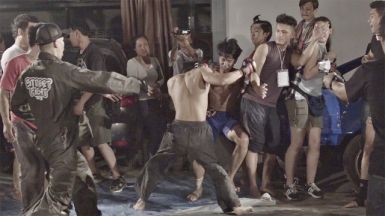 From the street to the cage

Away from the postcard image of Bangkok exists a world of violence and social antagonism.

Jakkrapong created the first Street Fight club in the city, providing a space for anyone to come and experience fighting. Operating on the fringe of society, and considered by most to be thugs, these young men meet to confront each other. Not for money or glory, but just to feel alive.

These are men that ultimately want to build, in their own way, a social bond within a hostile society. 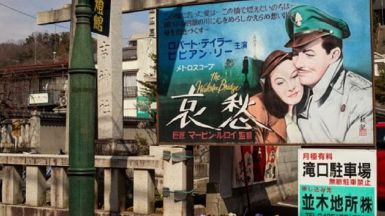 OMECITTA, A JAPANESE TRIBUTE TO CINEMA [75’]

30 km West of Tokyo, the city of Ome has a quaint charm with the multitude of cinema posters that announced the arrival of western films in the 50’s and 60’s. Indeed, after the war, Ome, with its 3 theaters showing international films, attracted moviegoers from all over the country.

Proud of this past, the municipality decided to revive it and although all the cinemas have disappeared, the streets are dotted with painted reproductions of hundreds of posters.

Thus, upon arriving at the train station, travellers are greeted by Audrey Hepburn and her "Breakfast at Tiffany's", while on the platform others wait facing "Romeo and Juliet". 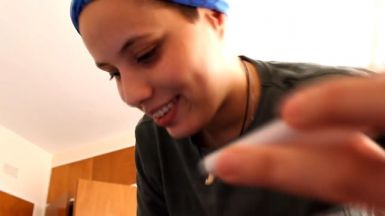 The moment their world teetered

Through a montage of compelling videos posted on the Internet by young gays, bis, lesbians or transsexuals, this film makes us experience from within the groundbreaking moment of their coming out – after which their intimate and social life shall be forever changed. 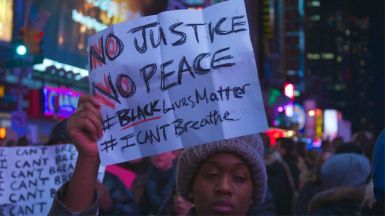 In July 2014, Eric Garner, a black American, died in the street after being violently arrested by a NYC Police officer who is seen pulling him to the ground and chokeholding him. His death was recorded in an amateur video that shows him telling repeatedly “I can’t breathe”.

Five months later, a grand jury declined to indict the policeman because of insufficient proof and the case was dismissed.

In 2018, a legal team conducted a mock trial to rectify this denial of justice. 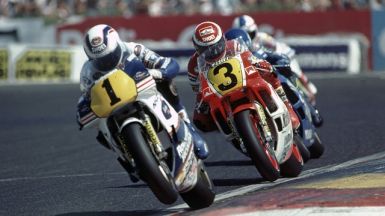 An improbable and triumphant story

This is the incredible but true story of Wayne Gardner, a kid from Wollongong, a little town of less than 300,000 inhabitants, that no one believed in and who grew up to be the hero who would define an era for Australians. He practiced one of the most dangerous and visually arresting sport on the planet: Grand Prix Motorcycle Racing.

This classic hero’s journey reminds us what it feels like to be the underdog, and yet climb a mountain, win a race or achieve our own individual dreams. 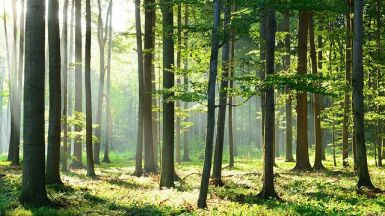 Who owns nature? Are we, as humans, its protectors or destructors?

Mountain goats, bellowing stags, a pack of wolves, forest rangers, farmers, wildlife biologists, hunting opponents and hunters: they are all protagonists in a dramatic alpine play.

How should humans deal with nature and wild animals today?

The rise and fall of the world's most legendary brothel

Yab Yum, Amsterdam's most legendary brothel, was forced to close its doors more than 10 years ago after the exclusive and vibrant club turned into a dodgy criminal hub.

Director Anna Maria van't Hek found those who once worked there, they share with her their turbulent past. They tell their stories, both extravagant and painful, about Yab Yum's glory days and how it all went tragically wrong. 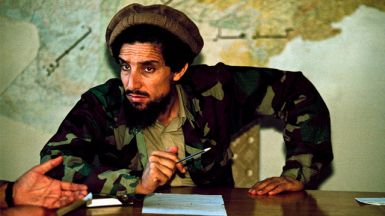 The last battle of a remarkable warlord

For 20 years, Commander Massoud was the symbol of the Afghan resistance.

In 1997, journalist Christophe de Ponfilly, a friend of Massoud's, returned to Afghanistan to follow the commander as he was preparing an offensive against the Taliban. The result is an exceptional portrait of a charismatic figure, a remarkable warlord at the time of his last battle.

This is a fighter continually on the breach, encircled, solitary, who trains villagers to defend themselves. Commander Massoud never ceased to fight the Taliban and to express his concern to Westerners about the rise of fundamentalism and fanaticism.

The terrible attacks of 9/11, will unfortunately prove him right.

The soul music of Northeast Brazil

Northeast Brazil moves to the beat of “forró”, a music that is an integral part of the life and culture of the region.

PARAIBA MEU AMOR explores the history, presents interviews and covers live sessions to understand how this music came to represent the spirit of the Northeast and the Sertão.

In such a dry and arid land, the “forró” has greatly influenced the people and their culture.